2. The yellowing caused by the exposure of resin to ultraviolet rays is mainly caused by the presence of benzene rings in the resin (including aromatic dibasic acids/anhydrides and benzene rings introduced by styrene), which may be due to the thermal oxidation of aromatic compounds at high temperatures. Degradation, prone to electronic transitions, making the resin yellow.

3. In the process of resin production, the raw materials are exposed to oxygen due to the poor sealing performance of the device. The molecular chain of general unsaturated polyester contains not only ester groups, meridian groups, antelope groups, but also double bonds and aromatic rings. It undergoes thermal oxidative degradation, and the obvious performance is that the color of the resin turns yellow.

4. The influence of additives such as antioxidants, polymerization inhibitors, curing agents, etc. Amine antioxidants are easily converted into nitroxide free radicals to color the product. Commonly used polymerization inhibitors, such as hydroquinone, are Oxidation into quinones in the presence of quinones, which themselves have color, thus affecting the color of the resin. Some manufacturers of curing agents still use acyl peroxide-tertiary amine systems and ketone peroxide metal soap systems. Colored, easy to color resin.

Of course, there are other reasons that cause the resin to turn yellow. Generally speaking, thermal oxygen and ultraviolet rays are the main reasons for yellowing. Saturated dibasic acid (or acid anhydride) is used instead of aromatic dibasic acid (or acid anhydride), although it can be used in To a certain extent, the color of the resin can be made lighter, but considering various factors such as resin performance and cost, this method is not ideal.

According to experts, in addition to filling inert gas in the production and storage process to prevent contact with oxygen as much as possible, a more effective method is to add antioxidants and ultraviolet absorbers, which can effectively prevent the yellowing of the retarded polyester. Expert-recommended anti-yellowing solutions for unsaturated resins are:

Antioxidants that do not contain amines are selected, and primary and auxiliary antioxidants are used in combination. The primary antioxidants are usually hindered phenols, which can capture peroxide free radicals; the auxiliary antioxidants are phosphites, which While decomposing hydroperoxide, it can also chelate metal ions to prevent the resin from oxidative discoloration. If you want to further improve the yellowing resistance and weather resistance, it is recommended to add a UV absorber. Adding a UV absorber can effectively inhibit the yellowing phenomenon of polymer materials under the action of ultraviolet rays, and provide excellent protection to the product, effectively preventing The reduction of gloss, the generation of cracks, bubbles, and delamination can significantly improve the weather resistance of the product, and it has a good synergistic effect when used together with antioxidants. Of course, the use of antioxidants and UV absorbers cannot fundamentally solve the problem of yellowing, but within a certain range, it can still effectively prevent oxidative yellowing of unsaturated polyester products, keep the product water color transparent, and improve the product’s quality. grade.

Our unsaturated polyester resins are available in a variety of models, as well as non-yellowing resins, as follows: 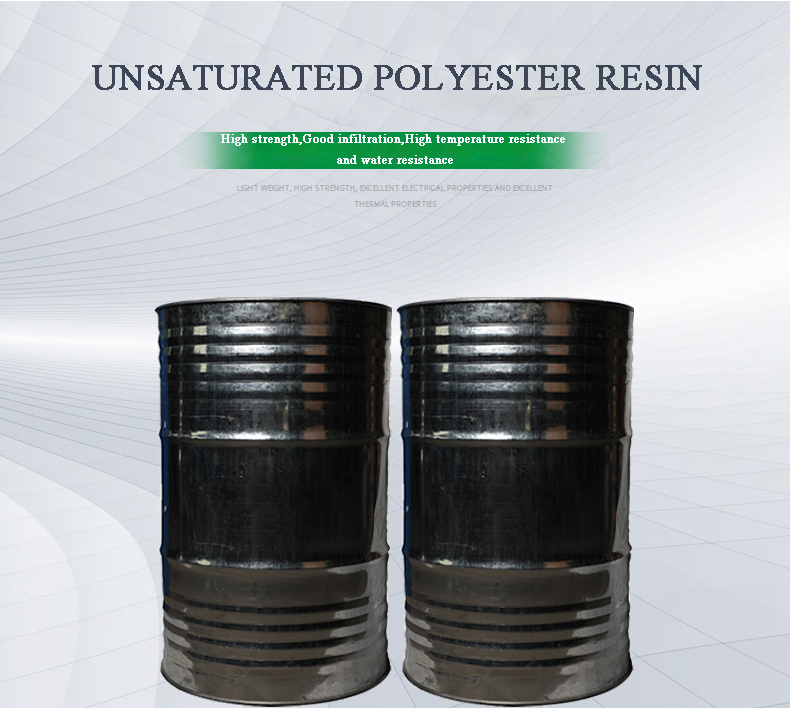