This resin variety may just be an old topic. Unsaturated polyester resin is accompanied by a large shrinkage during curing, and the general volume shrinkage rate is 6-10%. This shrinkage can severely deform or even crack the material, not in the compression molding process (SMC, BMC). To overcome this shortcoming, thermoplastic resins are usually used as low shrinkage additives. A patent in this area was issued to DuPont in 1934, patent number U.S. 1.945,307. The patent describes the copolymerization of dibasic antelopelic acids with vinyl compounds. Clearly, at the time, this patent pioneered low shrinkage technology for polyester resins. Since then, many people have devoted themselves to the study of copolymer systems, which were then considered to be plastic alloys. In 1966 Marco’s low shrinkage resins were first used in moulding and industrial production.

The Plastics Industry Association later called this product “SMC”, which means sheet molding compound, and its low-shrinkage premix compound “BMC” means bulk molding compound. For SMC sheets, it is generally required that the resin-molded parts have good fit tolerance, flexibility and A-grade gloss, and micro-cracks on the surface should be avoided, which requires the matched resin to have a low shrinkage rate. Of course, many patents have since improved and improved this technology, and the understanding of the mechanism of low-shrinkage effect has gradually matured, and various low-shrinkage agents or low-profile additives have emerged as the times require. Commonly used low shrinkage additives are polystyrene, polymethyl methacrylate and the like.

At present, SMC sheets have been widely used in the automotive industry due to their light weight, high strength, corrosion resistance, and design flexibility. For important parts such as automotive panels, rear doors, and outer panels, good toughness is required, such as automotive exterior panels. The guards can bend back to a limited extent and return to their original shape after a slight impact. Increasing the toughness of the resin often loses other properties of the resin, such as hardness, flexural strength, heat resistance, and curing speed during construction. Improving the toughness of the resin without losing other inherent properties of the resin has become an important topic in the research and development of unsaturated polyester resins.

In the process of processing unsaturated polyester resin, volatile toxic styrene will cause great harm to the health of construction workers. At the same time, styrene is emitted into the air, which will also cause serious air pollution. Therefore, many authorities limit the allowable concentration of styrene in the air of the production workshop. For example, in the United States, its permissible exposure level (permissible exposure level) is 50ppm, while in Switzerland its PEL value is 25ppm, such a low content is not easy to achieve. Relying on strong ventilation is also limited. At the same time, strong ventilation will also lead to the loss of styrene from the surface of the product and the volatilization of a large amount of styrene into the air. Therefore, to find a way to reduce the volatilization of styrene, from the root, it is still necessary to complete this work in the resin production plant. This requires the development of low styrene volatility (LSE) resins that do not pollute or less pollute the air, or unsaturated polyester resins without styrene monomers.

In seeking a way to solve the problem of styrene volatilization, it is necessary to comprehensively consider the applicability of the resin to the existing molding methods such as surface spraying, lamination process, SMC molding process, the cost of raw materials for industrial production, and the compatibility with the resin system. , Resin reactivity, viscosity, mechanical properties of resin after molding, etc. In my country, there is no clear legislation on restricting the volatilization of styrene. However, with the improvement of people’s living standards and the improvement of people’s awareness of their own health and environmental protection, it is only a matter of time before relevant legislation is required for an unsaturated consumer country like us. 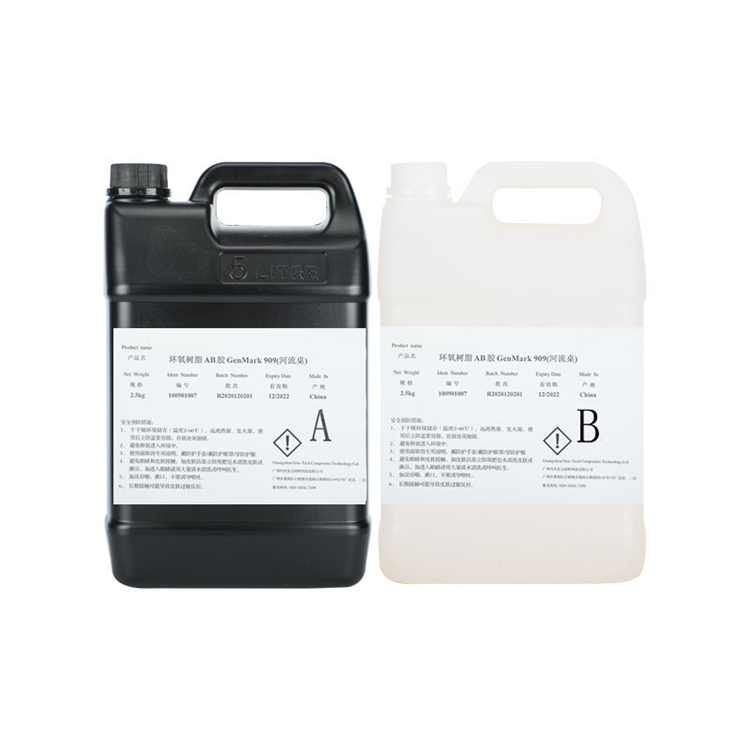 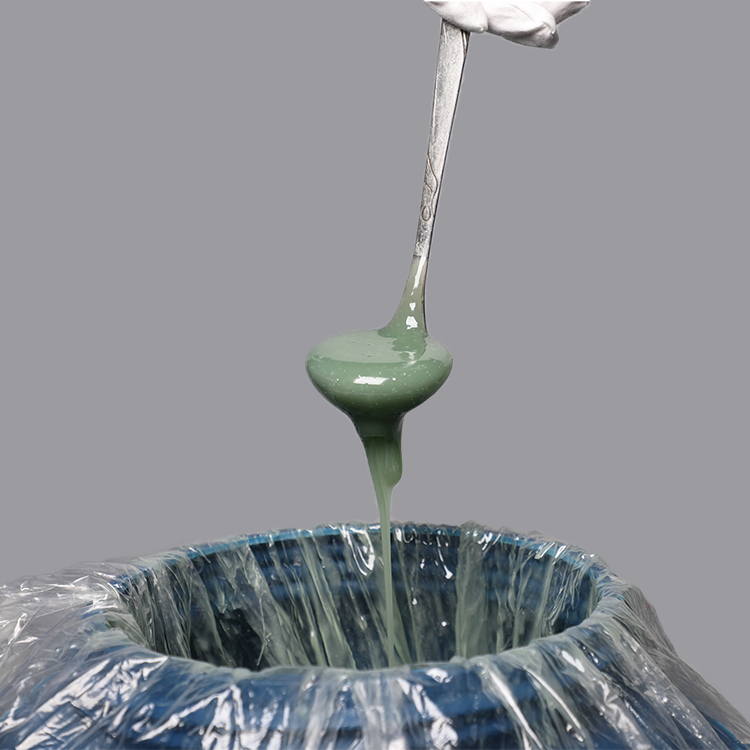 Gel coat plays an important role in composite materials. It not only plays a decorative role on the surface of FRP products, but also plays a role in wear resistance, aging resistance and chemical corrosion resistance. According to experts from unsaturated resin network, the development direction of gel coat resin is to develop gel coat resin with low styrene volatilization, good air drying and strong corrosion resistance. There is a large market for heat-resistant gel coats in gel coat resins. If the FRP material is immersed in hot water for a long time, blisters will appear on the surface. At the same time, due to the gradual penetration of water into the composite material, the surface blisters will gradually expand. The blisters will not only affect The appearance of the gel coat will gradually reduce the strength properties of the product.

Cook Composites and Polymers Co. of Kansas, USA, uses epoxy and glycidyl ether-terminated methods to manufacture a gel coat resin with low viscosity and excellent water and solvent resistance. In addition, the company also uses polyether polyol-modified and epoxy-terminated resin A (flexible resin) and dicyclopentadiene (DCPD)-modified resin B (rigid resin) compound, both of which have After compounding, the resin with water resistance can not only have good water resistance, but also have good toughness and strength. Solvents or other low-molecular substances penetrate into the FRP material system through the gel coat layer, becoming a water-resistant resin with excellent comprehensive properties.

Such resins include foamed resins and aqueous resins. Currently, the scarcity of wood energy has an upward trend in the range. There is also a shortage of skilled operators working in the wood processing industry, and these workers are increasingly being paid. Such conditions create conditions for engineering plastics to enter the wood market. Unsaturated foamed resins and water-containing resins will be developed as artificial woods in the furniture industry due to their low cost and high strength properties. The application will be slow at the beginning, and then with the continuous improvement of processing technology, this application will be developed rapidly.

Unsaturated polyester resins can be foamed to make foamed resins that can be used as wall panels, pre-formed bathroom dividers, and more. The toughness and strength of the foamed plastic with unsaturated polyester resin as the matrix are better than that of foamed PS; it is easier to process than foamed PVC; the cost is lower than that of foamed polyurethane plastic, and the addition of flame retardants can also make it flame retardant and anti-aging. Although the application technology of resin has been fully developed, the application of foamed unsaturated polyester resin in furniture has not been paid much attention. After investigation, some resin manufacturers have great interest in developing this new type of material. Some major issues (skinning, honeycomb structure, gel-foaming time relationship, exothermic curve control have not been fully resolved before commercial production. Until an answer is obtained, this resin can only be applied due to its low cost In the furniture industry. Once these problems are solved, this resin will be widely used in areas such as foam flame retardant materials rather than just using its economy. 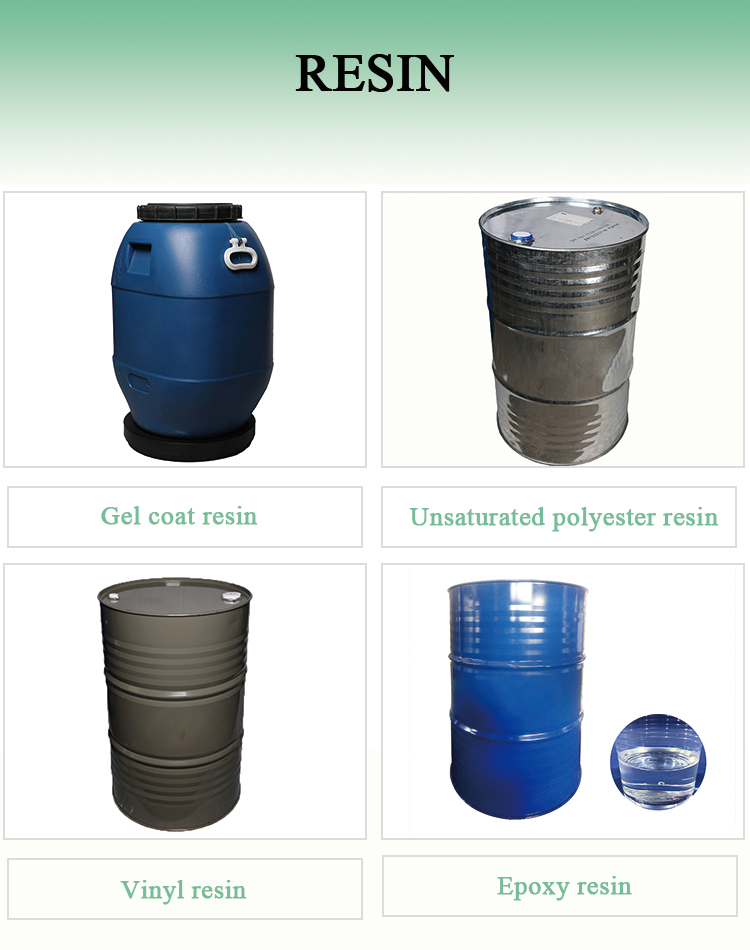